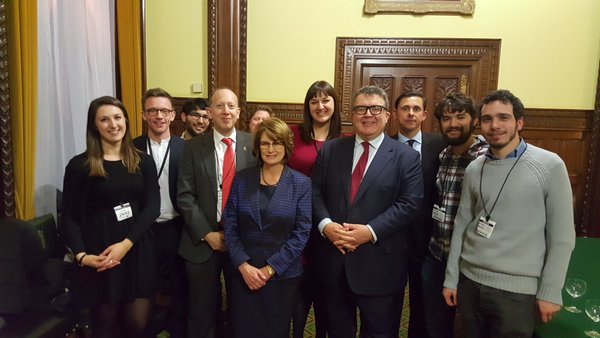 Earlier today members of the JLM NEC met with the Deputy Leader of the Labour Party Tom Watson MP.

The Deputy Leader thanked JLM for its work which he said was deeply valued by the party.  JLM Chair Jeremy Newmark outlined JLM's current activity including campaigning in the London Mayoral elections, planning to mark the 80th anniversary of the Battle of Cable Street and enhancing the movement's representation across the party.  Youth and Student Officer Liron Velleman outlined some of the current concerns of Jewish students around antisemitism on campus.