The Jewish Labour Movement (JLM) is delighted to announce the winners of the 2017 Activism Awards. There were an overwhelming number of applications from across our 2000+ membership base.  All three awards were awarded to two recipients on a joint basis, and are due to be presented at a Chanukah Party hosted by JLM and the Labour Party in Labour’s London HQ on Wednesday evening.

Jeremy Newmark, National Chair of JLM said: “JLM is a grassroots, membership-led organisation; we are nothing without our activists. Today has once again proven the quality, not just the quantity, of JLM activists across the country. Mazel tov to the winners, and to the many dozens of others who were nominated.” 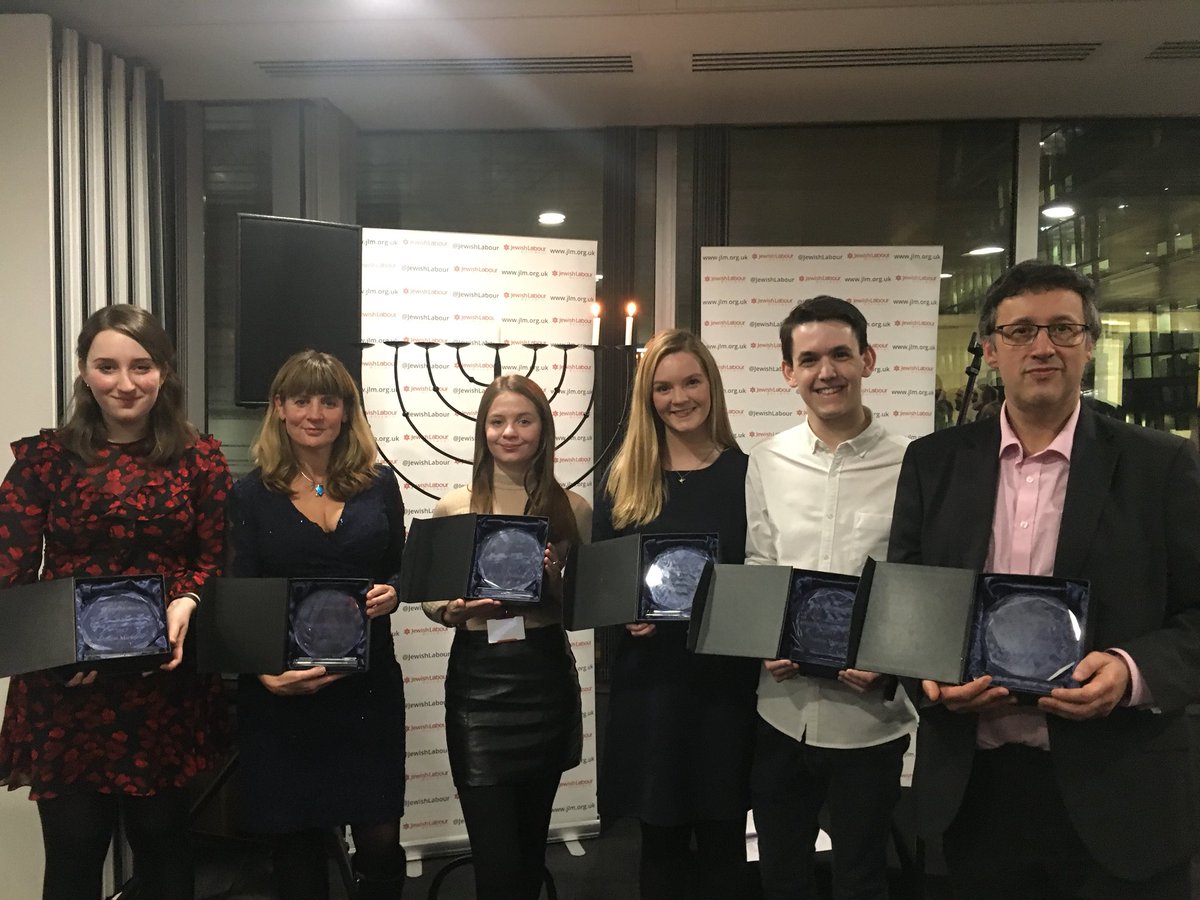 Activist of the Year

A member of the JLM London Region Executive, Cathy was the lead on JLM’s Mitzvah Day project supporting refugees in Calais, organising a collection and then run to Calais, bringing together an interfaith group to volunteer in Calais for the weekend. Cathy is a key Labour activist in her constituency of Dulwich and West Norwood and a former Chair of the Holocaust Memorial Day Trust.

Richard has been involved in the fight against antisemitism for over thirty years.  He is one of the key drivers behind JLM’s success in the North West, recently being elected as our Regional Membership and Education Officer. Richard has run a number of successful and wide-reaching events, but his main work has been within CLPs across the North West, leading JLM’s training session on campus and in constituencies, ensuring that Labour holds no space for antisemites.

Young Activist of the Year

Another key activist from our NW Region, Nathan, 18, has been an integral part of everything that North West JLM has done, including campaigning, events and outreach. An important part of JLM’s election campaign in Bury South, Nathan is also Youth Officer for Bury South CLP. Nathan has been a committed and dedicated activist across the year, supporting JLM’s activities at Labour Party Conference and forging strong relationships across the Party.

Miriam, 24, has been Chair of London Young Labour in 2017. A tour-de-force of campaigning, she has consistently stood up for Jewish and Labour values in London, as well as doing brilliant work on mental health and disability issues. Despite facing antisemitism, Miriam has continued to carry on representing LYL in various forum, bringing thousands of young activists together.

Ally of the Year

Jasmin has been Labour’s Elected Youth Rep on the NEC for the past two years.  She has made huge efforts to support JLM in raising key issues and concerns around at NEC level.  Her support for our rule change proposals at the NEC stage were critical. Jasmine has been fearless in speaking out against antisemitism. She has held roundtables with young Jewish members, spoken at JLM Youth events and Conferences, and proven that the Jewish community has fantastic allies within the Labour Party.

National Chair of Labour Students 2016-2017, Kate has been incredibly supportive of Jewish students. Taking office shortly after the incidents at Oxford University Labour Club, she ensured that antisemitism training with JLM and UJS was offered to all Labour Clubs across the country. Furthermore, she ensured that events were ‘shabbat friendly’ for JLM members, making sure Jews were not just welcome, but that their religious needs were fully accommodated.