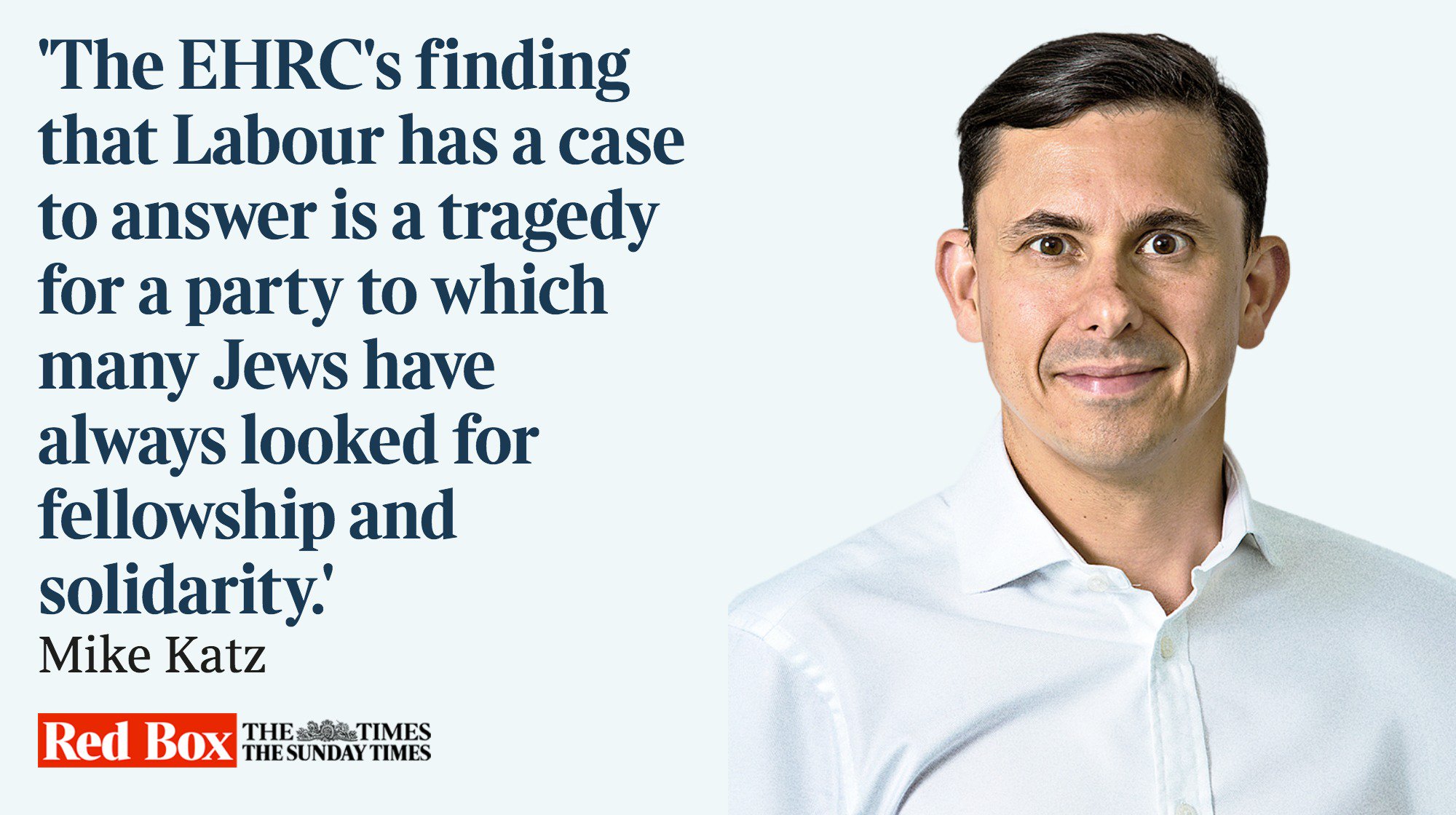 We need your help...

Yesterday's announcement by the Equalities and Human Rights Commission shows clearly that the Labour Party has a case to answer against the charge that it has become institutionally racist. This is a significant moment. The EHRC has an extraordinarily high evidential threshold for launching such an investigation. This should put an end to the chorus of those who deny, diminish and obfuscate the scale and seriousness of anti Jewish racism.

For a party founded on the principle of equality, tolerance and fighting fascism this is a tragedy. For a party to whom much of the Jewish community has always looked to for fellowship and solidarity it is a heart breaking. The Labour Party is now only the second Party since the BNP to have been investigated by the equalities watchdog.

The Jewish Labour Movement - affiliated to the Party for 99 years - gathered clear evidence and put its case to EHRC as the Party has time and time again refused to respond to our requests, and those of the community, to put its own house in order.

Now the equalities watchdog that Labour set up when last in Government will be able to compel testimony and access any evidence it requires to uncover what we have long been saying - that Labour, through its institutions and structure, discriminates against Jews and that it has become an unsafe space for them.

We have always said that this is a problem of leadership and culture, as well as policy and process. The EHRC must shine a bright light into the dark recess of the Party and its membership if Labour is able to truly call itself a anti-racist Party again.

But we need your help...

Today we can confirm that we have retained top law firm Mishcon de Reya to assist us in protecting the interests of the Jewish community and your interests as Jewish Labour members. Leading this is James Libson, a key member of the team that successfully defended historian Professor Deborah Lipstadt against the discredited antisemite and Holocaust denier David Irving.

Pursuing this until the end will not be cheap and we need your help and the help of anyone who cares about the soul of our Labour Party to support our efforts. All of JLM's income comes from our members and supporters.

We hope that you will consider supporting however large or small our EHRC Fighting Fund. If you would like to discuss supporting our work, please do be in touch [email protected]