The inaugural Lecture was given by Guardian journalist and key left-wing political commentator Owen Jones in conversation with JLM National Vice-Chair Sarah Sackman. Topics ranged from Brexit and President Trump, to left-wing antisemitism, Israel-Palestine and the Labour Party.

For many members of JLM, the past twelve months have been characterised by high-level cases of antisemitism in the Labour Party. Jones sought to assure them that they were not alone.  He said:, "rule number one for combating bigotry on the left - listen to victim experience" and went on to assert “I am making a clear and unambiguous stance against antisemitism”. He made it clear that Ken Livingstone’s comments are “unacceptable”, and that there is “no place for him in our movement”.

Owen also spoke passionately about the Labour Party, and the need for clear and coherent messaging, saying “we need to present our policies as every day common sense, that is not compromising our radicalism”.

Finally, Owen touched upon the history of JLM, and of Jewish activism on the left, noting “the left would not exist without the Jewish community. The Labour Party would not be the party it is without that critical contribution” and that “there would be no left without the Jewish community” JLM is the Labour Party’s oldest socialist society, and it is huge honour for us to hold that position.

JLM National Chair Jeremy Newmark said:  “It was an honour to host Owen for the inaugural Henry Smith Memorial Lecture. As a close friend of the Smith family, we could not think of a more appropriate person to honour Henry’s memory. Henry Smith will be remembered as one of kindest, most sincere people involved in Labour Party politics.  His memory shall be a blessing”. 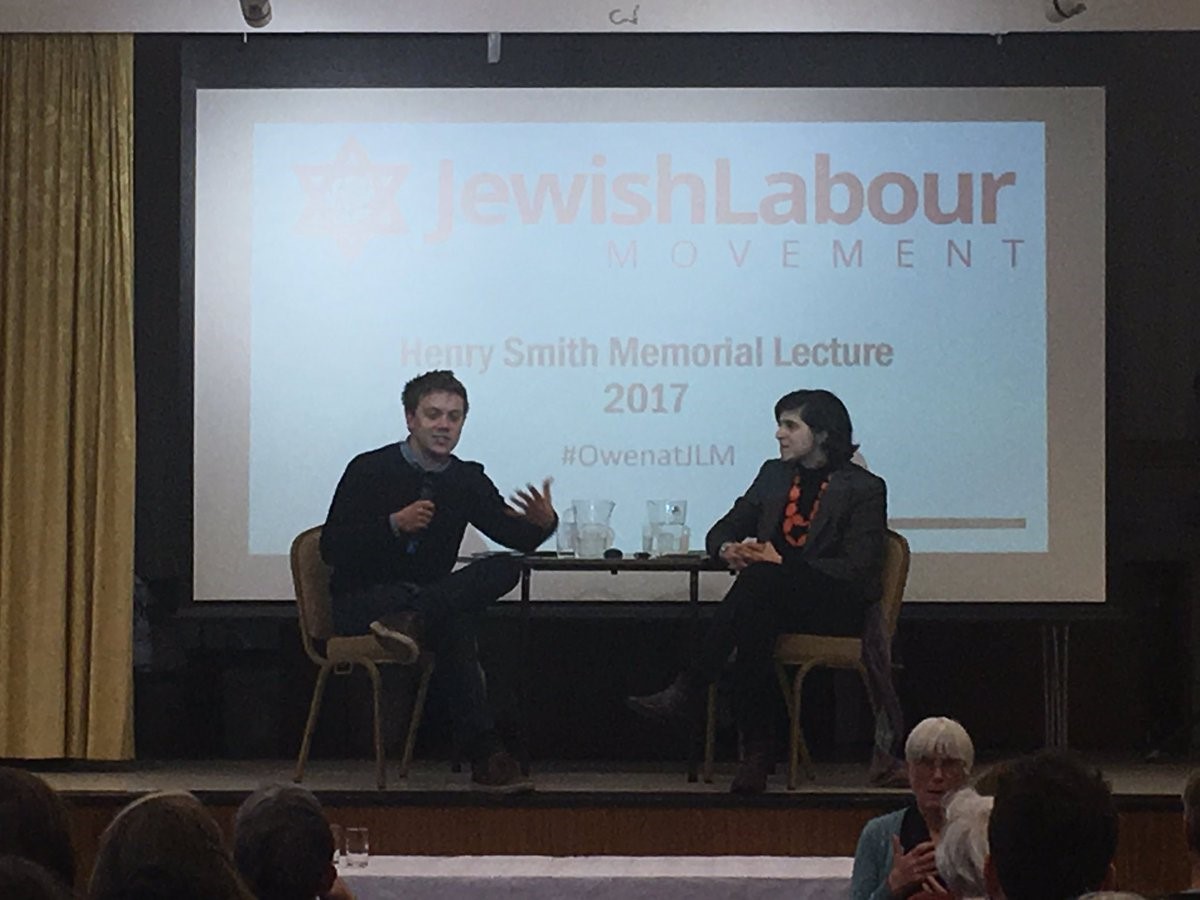