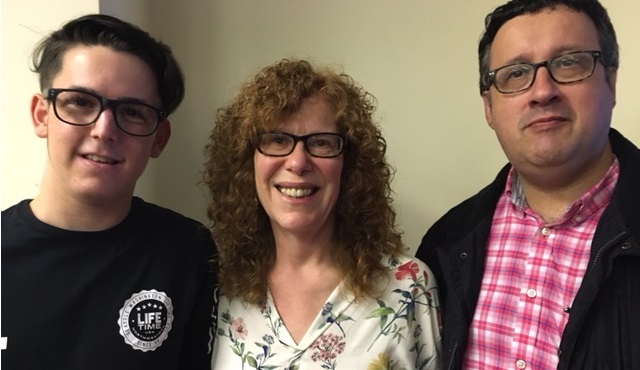 As part of its continued development programme, JLM is pleased to announce the formation of a new North West Region.  Following a successful meeting held in Manchester attended by approximately fifty members, the new region will be the hub of JLM’s work in the North West.

The meeting was addressed by JLM National Secretary Peter Mason.  The Region elected an initial Executive Committee comprising a blend of seasoned Labour Party activists, local Government leaders, communal leaders and younger representatives.
Commenting on her election and the launch of the branch, new Chair Cllr Jane Black said:
"I am so proud to have been elected Chair of our new JLM Region. The new committee is a mix of youth and experience, and we will reach out to all.

My Jewish identity is inseparable from my commitment to Labour and progressive politics. Here in the North West there are strong Jewish Labour traditions, which we will build on. These are difficult times, but we are up for the challenge.”
JLM National Chair Jeremy Newmark added:
“This is an important development.  Following the recent launch of our Southern Region JLM continues to build and develop a national footprint around the UK.  I am pleased that the new NW Executive comprises such a strong blend of local government experience, communal activism and critical involvement from our youth and student section.  We look forward to supporting their activities."

Members of the new Regional Executive all have strong family, work and political roots in the North West, and, between them, many years of Labour party, Jewish and wider campaigning activity. Further details as follow:
Jane Black – Chair

A longstanding Prestwich/Bury South Labour member, Jane came into politics through anti-racist campaigs, and was a co-founder of Shifra, a Jewish feminist magazine. A councillor since 2012, she chairs Prestwich Township Forum and Bury Planning Committee, and recently become a Deputy Cabinet Member for the Greater Manchester Combined Authority.

Active in the Labour party for 45 years, Eddy was a Manchester Central Euro MP for 15 years and is now a Manchester Labour councillor. A longstanding member of the Manchester Liberal Jewish Community and the JLM, he has campaigned against racism and community cohesion his entire political life.

An active member of Whitefield Labour Party in Bury South, Nathan is the newly appointed Head Boy at King David High School, where he founded and chaired their Political Society and edits a political blog. He emphasised his resilience against the curse of anti-semitism in a Guardian movie about it this year.

Jess works as Campaigns Coordinator for the University of Salford Students' Union. She has previously sat on the NUS National Executive Council and currently sits on NUS Women's Campaign Steering Committee. She is a member of Prestwich Labour Party.

Michael is a delegate to and Secretary of the Jewish Representative Council of Greater Manchester. He has  recently established and chairs their Human Rights, Racism and antisemitism Committee . He first joined the Labour Party in the early 1990's .

As well as being involved in Prestwich Labour in Bury South, Richard is closely involved in the group Engage which combats left antisemitism. He first became  active in the Jewish  community in his student days, when he was involved in UJS and his local Jewish Society.
Do you like this post?
Tweet
The Jewish Labour Movement will place cookies on your computer to help us make this website better. To find out more about these cookies, see our privacy policy.