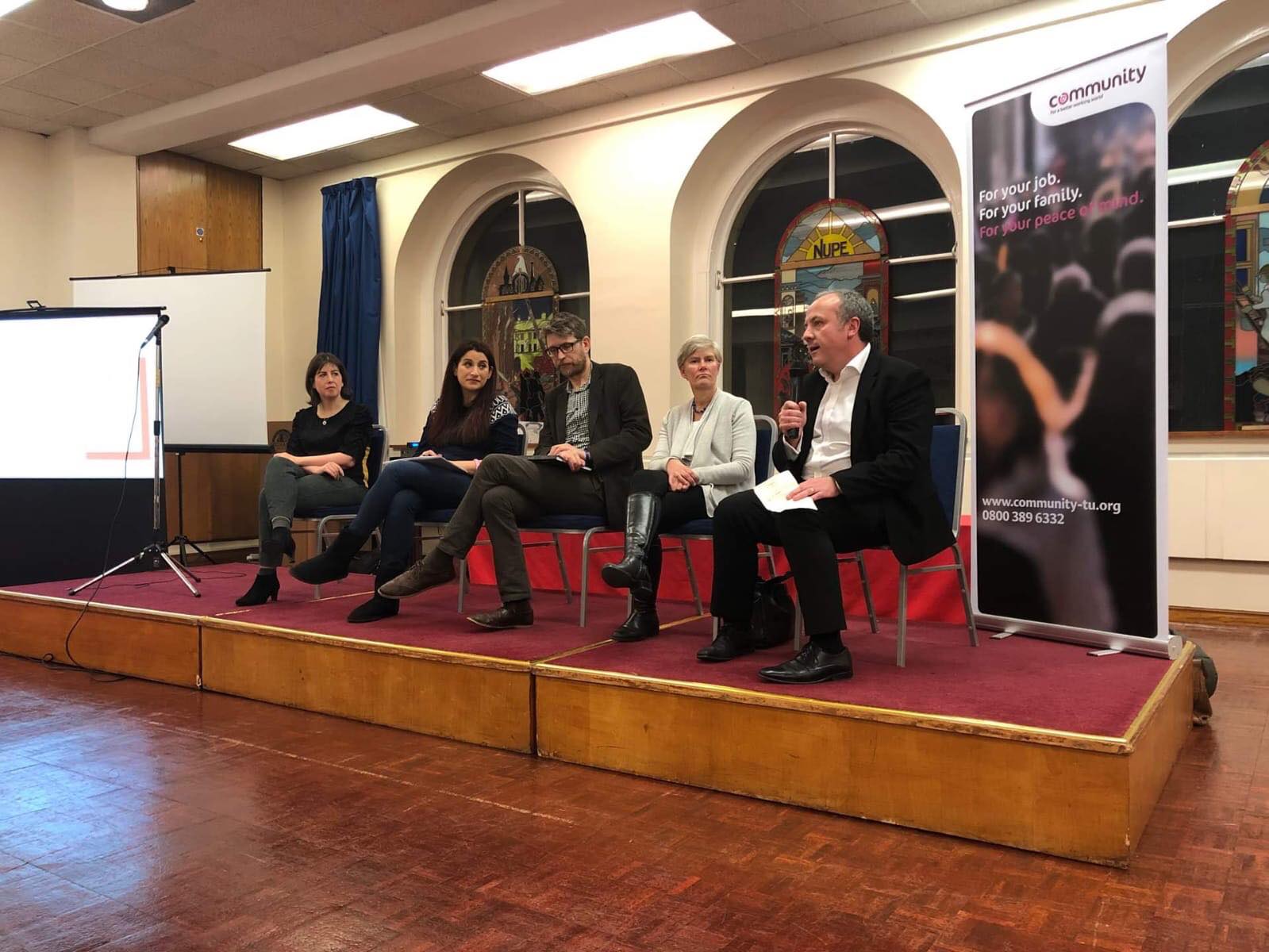 65 attendees, made up of Labour Party members from constituencies across the North West, were addressed by Jewish Labour Party MP and JLM Parliamentary Chair Luciana Berger, who spoke about antisemitism across the political spectrum. Berger was joined by her Labour Party colleagues, Manchester MPs Lucy Powell, Kate Green and Mike Kane. The panel spoke about their support for the Jewish community in fighting antisemitism and the need for communities to support each other.

“It’s important for communities to come together to support each other against all forms of discrimination, both in politics and in wider society. The JLM is committed to educating Constituency Labour Parties about antisemitism,” said Richard Gold.

The evening was rounded off with a performance by JLM member, actor Marlon Solomon, whose one-man show, Conspiracy Theory: A Lizard’s Tale, has won critical acclaim.

The event was sponsored by Community Union, the modern trade union for a changing world. Community is an affiliated trade union to the Labour Party.